Users played a trivia game on Android devices, and depending on their answers, advanced to the next level of the game, with the winner winning gifts and prizes at the booth. A modified race game was played alongside the float by users getting codes in which they played as the float went by. Game was available in English and Mandarin. 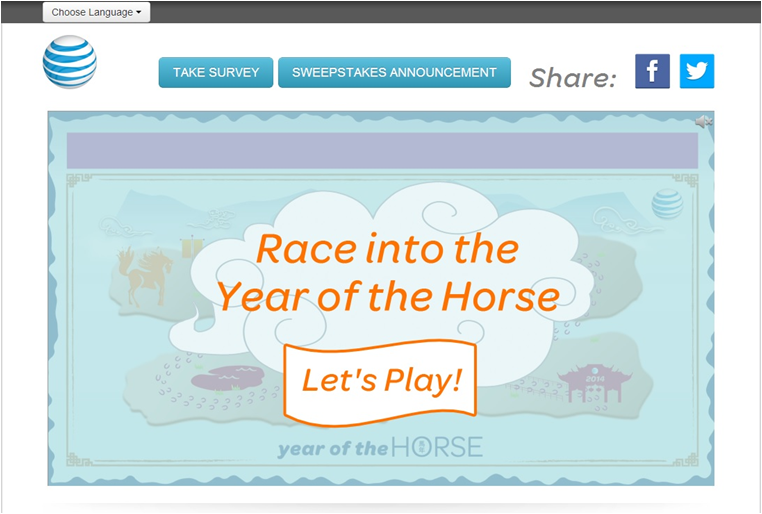 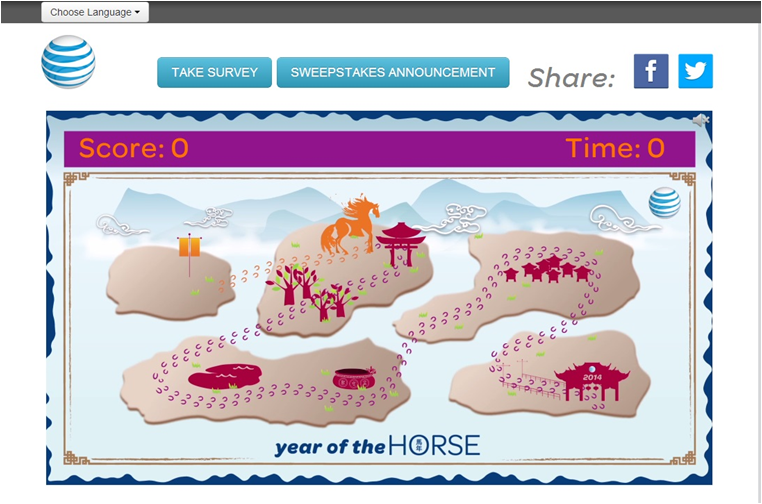 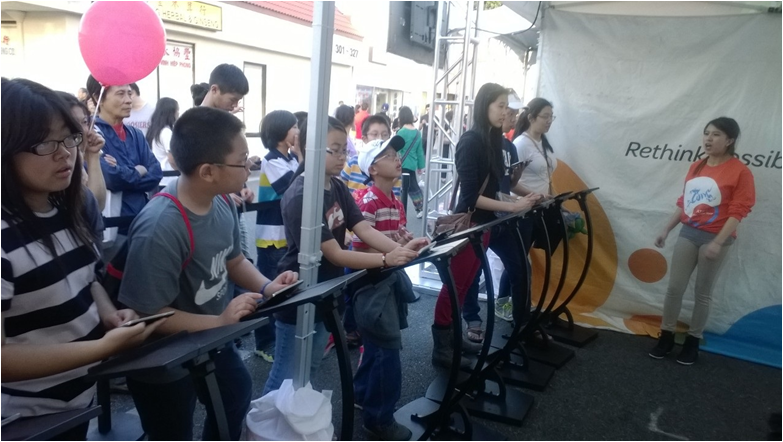 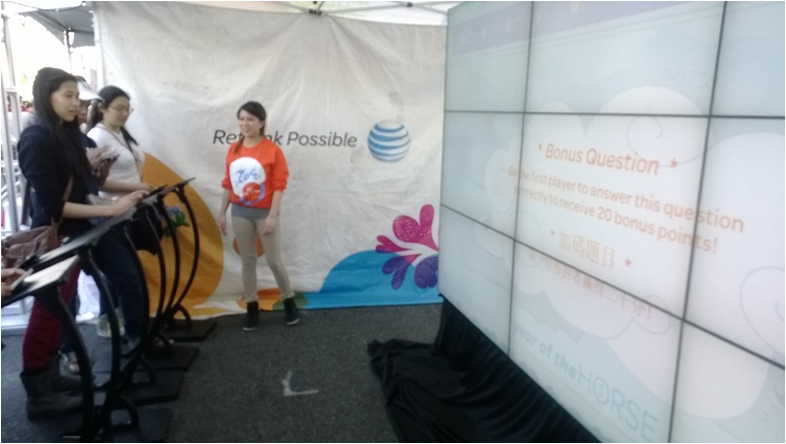 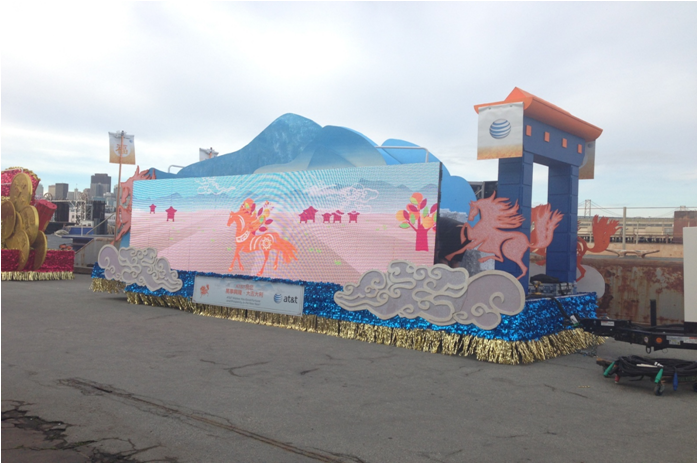